In the present competitive space where excellence is a cliché, it is wise to make kids aware as well as ready for the outer world. Maybe, there are manners by which children compete and succeed. In any case, individual expression has become extremely limited. Today’s children are largely engrossed in technology and innovation, giving up the real interaction.

Being able to speak confidently before a crowd of people is undoubtedly a highly important and valuable skill to have. However, getting up before a group and trying to grab their attention with your words is certainly an overwhelming task. We, at Nirmiti Academy accept that since childhood is a phase when kids stay open to new experiences and lessons, this is the correct time when their oratory skills and conversational abilities can be worked upon and improved. Only one out of every odd kid will be bold enough when you put them up to speak before the crowd yet with gradual practice and training, they can end up being fine speakers and orators.

As the message of Speak Now Contest reached the inboxes of all our participants, it was amazing to get such a huge response from most of them. Till the final moment of the last date for registration on 14th January, 2021, there was a huge inflow of participants who were willing to take up this challenge in order to showcase their speaking talents.

The auditions for the contest were scheduled on 15th and 16th January, 2021 respectively. The first day of the audition started with 7 enthusiastic speakers. As the contest began on 15th January, 2021 at 2.00 pm, the participants didn’t fail to showcase their speaking potentials. It was an exciting hour to see these fine - tuned speakers perform their best. Happiness knew no bounds to see our little buds from various locations speaking on the same platform.

The second day of the audition was scheduled on 16th January, 2021 and was participated by 10 participants. It was a feeling of contentment to see these 10 participants speak fearlessly, trying to secure their positions in the contest. Each participant took up this challenge fearlessly and brought out the creative speaker in them!

The Speak Now Contest was thoughtfully curated with the right topics that would kindle the interest for Public Speaking and help to shine out their true potentials. The contest was held in two age groups, 6 to 9 years and 10 – 14 years respectively.

The most challenging part of the Contest was to decide the winners of both the groups as each of them had spoken exceptionally well and the result for the contest was declared on 25th January, 2021.

The first prize of Group 1 (6 to 9 years) was secured by Mast. Arnav Das and of Group 2 (10 to 14 years) was won by Shehzin Mohammed. It was a proud moment for us to witness the exceptional speaking of these students. While the first prize winners got rewarded with a program worth Rs. 5000/- for free, the first runner-ups, Owais Momin of Group 1 and Aparajita Har of Group 2 were rewarded an online program worth Rs. 5000/- at 50% discount. A 25% discount on an Online Program was the reward for the second runner-ups, Reyaansh Yadav of Group 1 and Arsh Dixit of Group 2.

Apart from these prizes, what excited the kids the most to fight this challenge was the airing of the winner’s videos on Nirmiti Academy’s Social Media Handles. They also got a chance to get featured in Nirmiti Academy’s Newsletter.

It was a wonderful opportunity for all our little participants to put their thinking caps on and take their speaking potentials to the next level through this international platform.

With Speak Now Contest at Nirmiti Academy, we could see our young speakers grow as they went from speaking to small groups of people up to large groups today. We could see how our students turned their weaknesses into strengths and thus performed their best, leaving us in awe.

‘Speak Now Contest’, is an initiative run by Nirmiti Academy as a platform to her students who are groomed by Nirmiti mentors and take the first step to becoming budding speakers on a competitive platform. 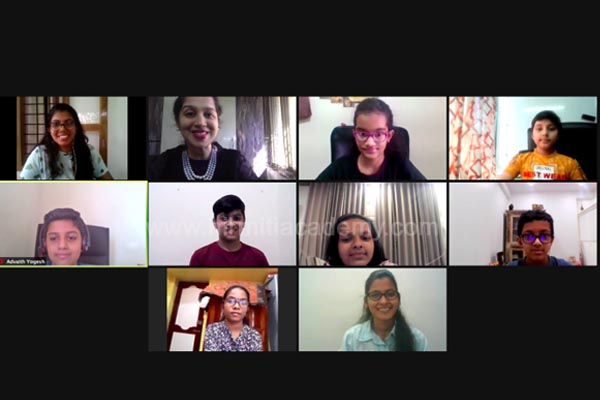 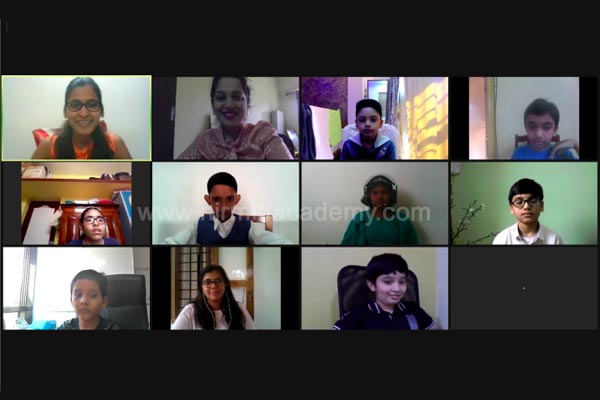 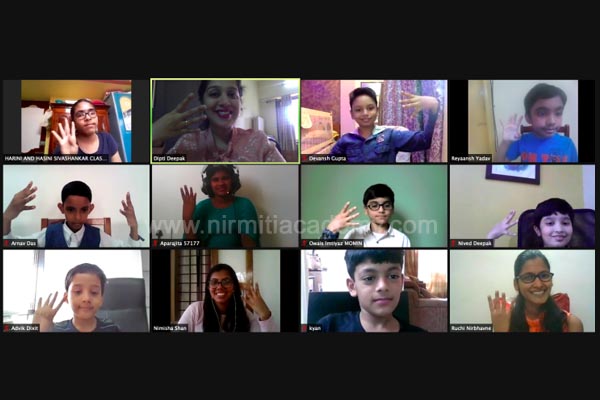 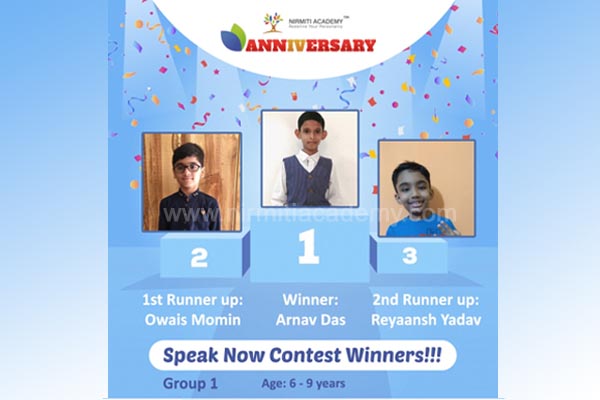 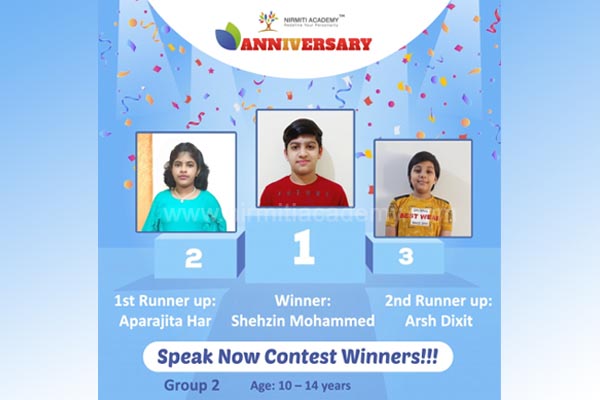 What are you waiting for?

Request for a Video Consultation Today